The ethos of the club is to be able to offer the next level to the player. Most clubs are set up to play and compete, however this doesn’t offer an adult beginner the chance to join or develop, Since I started the club I have never turned anyone away, always able to offer them a session to play.

The club has grown in numbers with everyone continuing to develop, which has resulted in the club having teams in Milton Keynes Division 1, Northampton Div 2 and in all to divisions down to 5.

The junior programme takes the coaches main focus as it is the long term future of the club, with over 70 juniors regularly playing once a week. There is now a performance element to Nighthawks (18 junior members) represent the county. Within the coaching programme we offer in house tournaments as well as encourage juniors to play in county and regional events.

The adult coaching programme has also been very successful with over 70 players attending the coaching sessions (over 5 years). We now run an adult fun tournament every 6 – 8 weeks which is open to players below division 3 in the Northants league.

The club was recognised for its achievements by winning “Northampton Sports Club of the year 2012” and in that same year (Alex Dunn) was nominated as “Coach of the Year”.

Finding out more about our clubs and courses is easy! 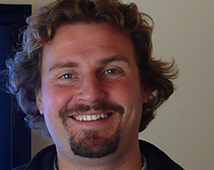 I started the badminton club in Sept 2011, after coaching in several schools in Northampton & Kettering. There was no exit route for the children and therefore I set up the club. We started off small with one night for juniors and adults. 5 years on and we have 3 club nights for the adults and a separate session for group coaching. The juniors programme has also increased to 5 coaching sessions (spread over 2 centres).